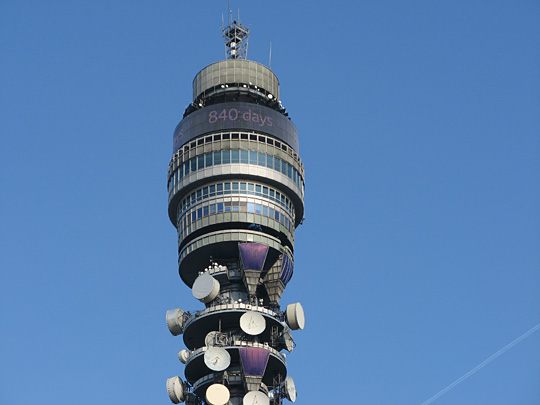 The BT Tower is a communication tower in London, which not surprisingly is owned by BT. It is a major communication hub, and its tower covered with antennas has been a landmark for Londoners for years.

As of December 2011 the last antennas were removed. Why? Depending on who you ask you get different answers. Some say it is because the antennas were old and provided a safety risks. Many others say that because the antennas haven’t actually been used for years (all that is now being done by subterranean fibre optics) and that BT was keeping them there for sentimental reasons and those reasons were just getting too expensive. So now the BT Tower is naked.

This got me thinking about how we have lots of things in our cities and communities that we get attached to, Old buildings, signs, corner stores. But when there is no obvious benefit to them anymore how do we keep them when they just cost a lot of money? Perhaps we should have funds through city government to pay for sentimental things that may seem useless but are important elements of the community. You could have members of the community submit proposals and then the public could vote on them. I’ve got a few things that I’d give my vote to.

Have you noticed a tree today?