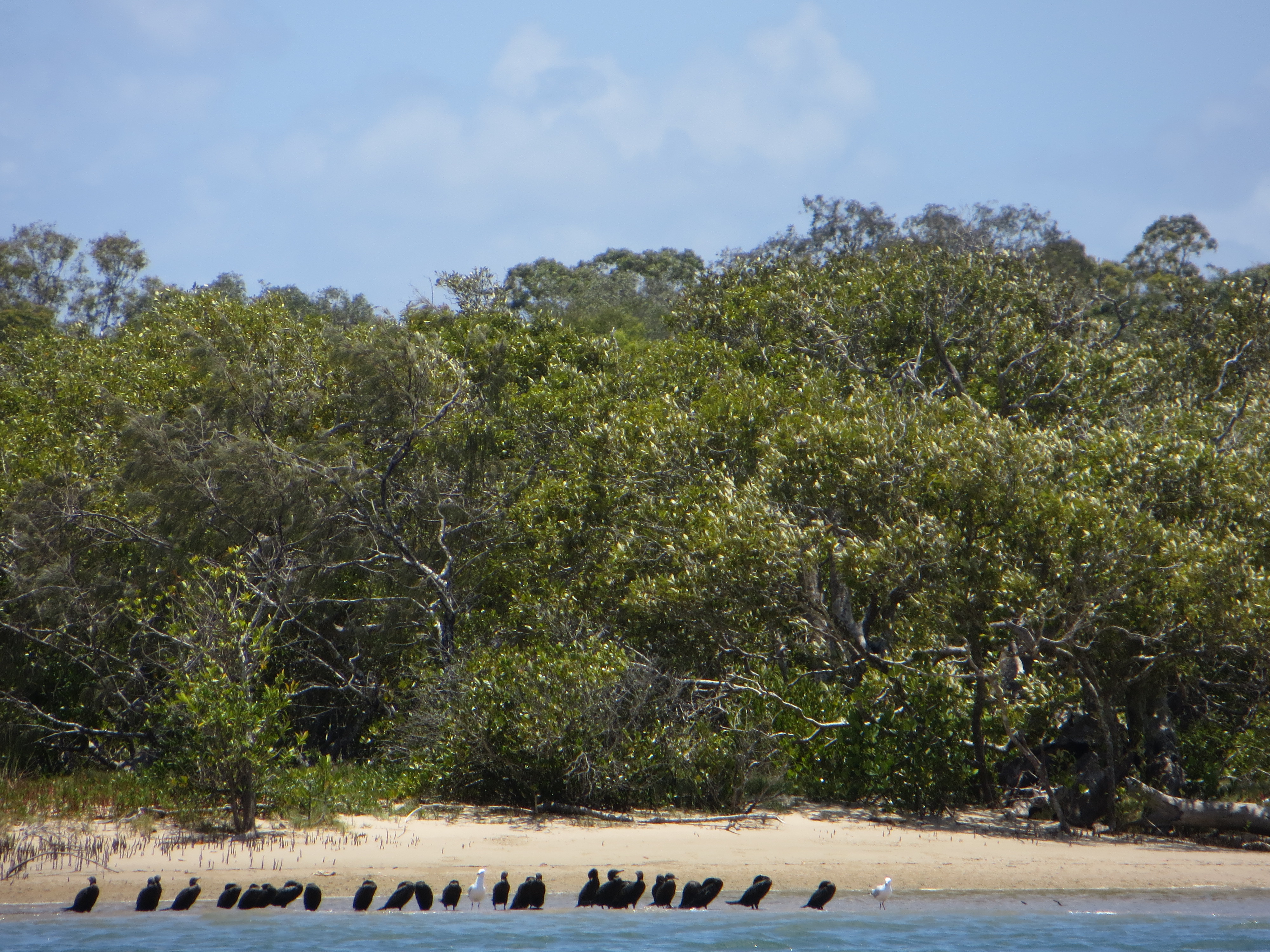 If you take the ferry from Noosaville to Noosa Heads near Brisbane, the driver of the boat will tell you all sorts of stories about the area. One of the stories he told us was about a relatively large island of sand we passed, covered in native plants which now provides a barrier between the houses on the beach and the open waters of the Pacific Ocean. It surprised me to hear that this sand island was actually man made. The story, as I remember it, as that many years ago a cyclone hit the area and the waves were so big that they were destroying the houses that had been build right along the edge of the water. Usually along the coast there were trees which would absorb those waves so they didn’t affect the rest of the houses in the area but here houses had been build right on the edge of the water. The owners of the house lobbied to get the government to spend a lot of money, millions of dollars, to put in this artificial sand island and to cover it with native plants to make it look natural. Since then because the island isn’t supposed to be there, every couple of years the government has to spend more millions not just to keep the island intact but also to dredge the waters around the island. These water were usually dredged naturally by the tides coming in and out from the Pacific but now the extra sand and barrier of this island was making that impossible. So since this was put into place the government has spent billions and all for a group of maybe 20 houses that at the time were only worth about 40,000AUD each.

Today they realise that the island is more trouble than anything else and have implemented the more reasonable solution; to not allow people to build close to the water and to build in a natural barrier of beach and trees to absorb any waves that may hit the area. Thing is, since that initial cyclone, the area has never experiences any waves whatsoever!

There are a lot of decisions that we make, whether it is from within government or business or as consumers that have a long term impact. Looking back this seems like the most ridiculous solution to a problem ever, the most expensive, the most time consuming and you wonder if anyone actually thought through things properly when it happened. I’m sure you can all identify solutions similar to this that your local or national governments have allowed to slip by. Hopefully something like this wouldn’t happen today…or would it? How do we stop things like this from happening in the future by putting the welfare of all over that of a select few?

Me or the planet